Alcoholics Anonymous neither endorses nor opposes the use of Social Networking Sites. We do however realise the dangers that can occur with the breaching of anonymity on the internet within these sites and has produced a “Hints and suggestions” pamphlet for the safety of AA Members.

Social Networking web sites are public in nature. Though users create accounts and use usernames and passwords, once on the site, it is a public medium where AA members and non-AAs mingle. As long as individuals do not identify themselves as AA members, there is no conflict of interest. However, revealing yourself as an AA member using your full name and or a likeness, such as a full face photograph, would be contrary to the spirit of the Eleventh Tradition which reads:

“Our public relations policy should be characterised by personal anonymity. We think AA ought to avoid sensational advertising. Our names and pictures

as AA members ought not to be broadcast, filmed or publicly printed. Our public relations should be guided by the principle of attraction rather than promotion. there is never need to praise ourselves. We feel it is better to let our friends recommend us.” 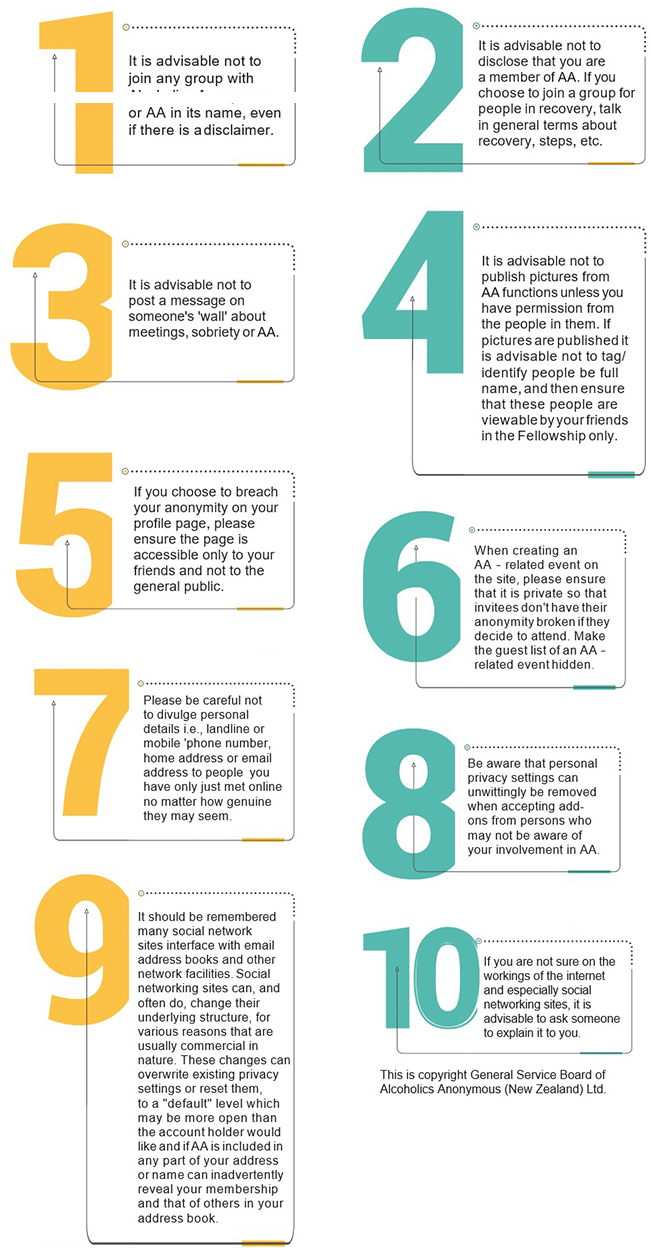 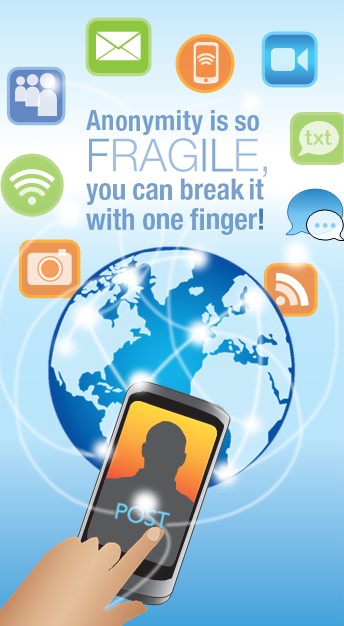